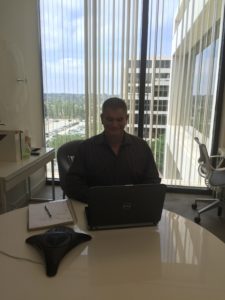 ember of 2013, Steven Lash has been a Managing Director for Strategic Healthcare Advisory Services.  In this role he has served as a high level key C suite to various clients in the healthcare space.  He has consulted for 2 different on-site employee health center organizations, an international Stem Cell Therapy Company, a Digital Health technology company and a Senior Chronic Care solutions organization.

He is the founder, and former president & CEO of Satori World Medical the leading global healthcare company that provides self-funded employers, health plans, unions and employees the opportunity to access world class quality healthcare at a fraction of the cost.

Satori World Medical has received acclaim for its novel business model. Steven Lash and the Company were honored in June 2009 by Entrepreneur Magazine as one of the Hundred Brilliant Companies.

Mr. Lash is the inventor of 5 business method patents. These patents are part of the Satori Intellectual Property Portfolio that calculate and determine the sharing the dollar savings derived from the Global Surgery benefit. These patents provide Satori with exclusive rights to the only permissible “shared savings” model in the healthcare industry. These patents are:

Prior to founding Satori World Medical he was president of Woodward Laboratories an OTC dermatological products company specializing in anti-microbial products. Under his direction he supervised an expansion of the facilities, an increase in eight (8) SKUs including the launch of two (2) new retail products and achieving national distribution in Albertson’s Rite-Aid, Walgreen’s and Wal-Mart. Revenues and cash flow more than doubled under his leadership. Woodward Laboratories was successfully sold for an outstanding multiple to Pacific World based in Orange County.

From 1999 to 2002 he was president & CEO of DermTech International a dermatological Contract Research Organization. During his tenure there he created a new business strategy and vision, recruited world class scientific staff, advanced their proprietary technology, and raised two (2) capital rounds (1 angel and 1 venture). The new business strategy “From Concept to Commerce” created for the first time in the dermatology clinical testing industry a one stop shop for all services to bring a product from the bench to commercialization.

Prior to joining DermTech International he was providing consulting services to a national dental company on operational infrastructure; a retained consultant to a New York based Investment Bank advising on healthcare services, information systems, mergers and acquisitions. He was also very active in the Venture community as an advisor to several funds, funding and participating in several startups and advising on business strategy.

Before he pursued a full time consulting role, he was Executive Vice President & Chief Financial Officer for a Physician Practice management company.  During his tenure he took the company public, led three (3) follow on offerings (including a convertible preferred offering) and executed in excess of $1 billion in Mergers and Acquisition activity.

During his leadership he restructured operations eliminating 2 layers of management and created the organizations product line strategy and accountability which lead to a significant improvement in profitability. Prior to assuming his operational role he was the senior vice president for business affairs and chief financial officer. In this position he was responsible for all aspects of financial reporting, all merger and acquisition activity, information systems and capital formation.

Mr. Steven Lash was the lead individual on the executive team that designed, acquired and implemented the business plan that evolved Sharp from a single stand-alone hospital to a multi-dimensional, vertically integrated healthcare delivery system. He executed in excess of $800 million in hospital and medical group acquisition financing transactions. Sharp Healthcare became nationally recognized as the model of healthcare delivery leading the transformation of the hospital industry in the 1990s and was prominently featured in many trade publications.

He is past president of the Healthcare Financial Management Association and was the founding board chairman of First Dental Health (sold to Principal Financial Group in 2012 at 8x multiple). He was a member of the board of directors of IDX (NASDAQ:IDXC) from 1994 and was sold to General Electric in 2005 for in excess of $1.3 billion. Additional board service includes INC Research an international contract research organization (sold to Avista Capital Partners for 12x multiple).

Previous community board service includes San Diego Hospice, San Diego Hall of Champions, a founding member of the San Diego Regional Cancer Center (subsequently named the Sidney Kimmel Cancer Center) and a founding member of the San Diego Downtown Breakfast Rotary. He is a frequent lecturer on healthcare trends at numerous industry seminars, including the national meeting of the Society for Human Resource Management (SHRM)in 2013 as well as a published author on capital formation in healthcare and most recently authored a chapter in a new book on reducing employee benefits expense.