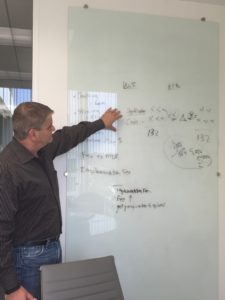 CPC+ is a mutli-payer model.  It will only be offered in regions where Medicaid and private payers have offered to participate along with Medicare.

1.Which payers will be involved?

This will vary from region to region.  We will know who is involved in each region as soon as the payer bid cycle is concluded (those bids are due June 1). CMS is seeking bids from: commercial insurers, Medicare Advantage plans, states, Medicaid/CHIP managed care plans, and self-insured businesses or administrators of a self-insured group.

2. So commercial,non-Medicare patients will be covered in CPC+?

Yes. If the interest and involvement in CPC+ is the same as it was in CPCI, then there will be substantial commercial, non-Medicare involvement.  Again, we will not know exactly who is participating, and where, until the payer cycle finishes.

Under CPCI; “the median of practices’ reported combined revenue from these enhanced payments from Medicare and others payers in CPC during the first year of the initiative were about $227,849, or $70,045 per clinician, which is equivalent to about 19 percent of total (non-CPC) 2012 practice revenue for the median practice.”  (Evaluation of the Comprehensive Primary Care Initiative: First Annual Report, Mathematica Policy Research)

3.Will the commerical payer part of the program be the same as Medicare’s?

Almost certainly not. From CMS: the intent of “CPC+ is to align with all payers on key payment, quality, and data-sharing elements. By alignment, CMS means that, for each payer in the model, these elements need not be identical but should be oriented so that the practice incentives and goals are those of the model. CMS also wants to ensure that the model allows for sufficient flexibility for payers.”

4. Will all commercial patients be covered?

Probably not.  Depending on the practice’s payer mix and how many payers participate, most practices will have some commercial patients who aren’t covered because their private payer is not participating.